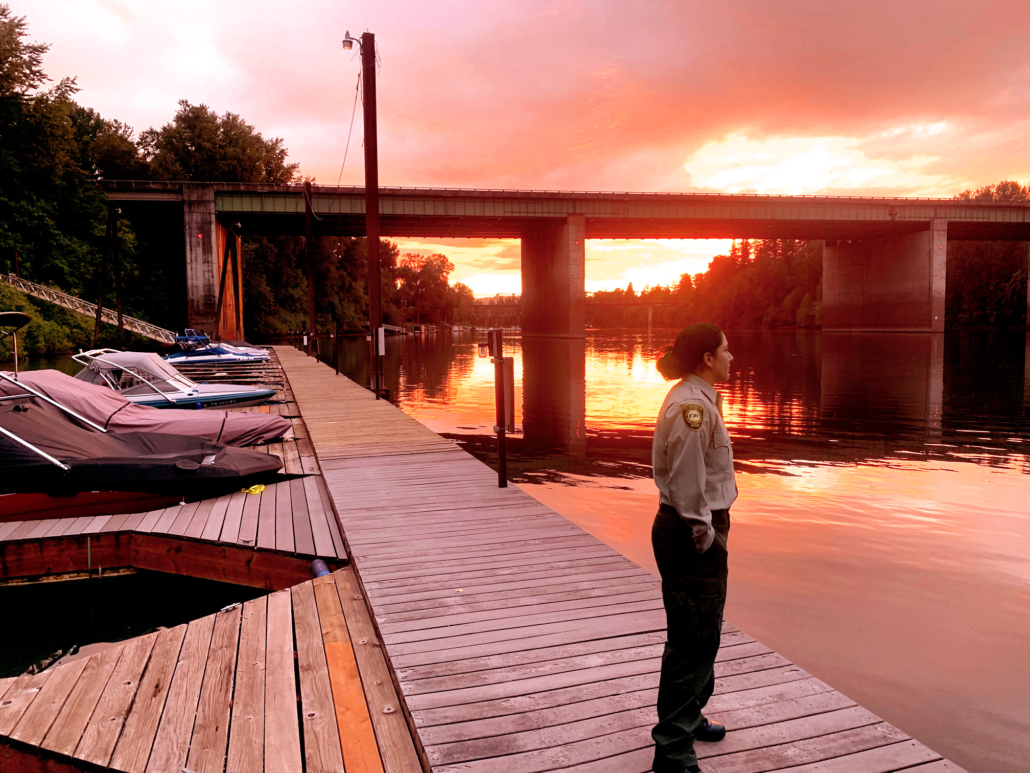 One of our core Values here at First Response Security is Dignity & Respect, and we define it as “Treating everyone the way we would want to be treated.”  Jeff Walden, our Operations Manager, gives these thoughts on Dignity and Respect, and why this is an important aspect of our work.

Dignity & Respect in the Workplace

Having had the personal experience of working as a uniformed security officer in the field, I know all too well the important roles that dignity and respect play in our profession.  We often encounter people who are unfairly considered as ‘less-than’ by society, and are rarely treated as human beings deserving of compassion and empathy.  You can see them change their demeanor when you approach them as an equal and offer them the basic understanding that each of us ought to offer each other.

This concept often has an inverse as well.  When an officer in the field interacts with any member of the public, we are viewed through a lens colored by every interaction they have ever had with a uniformed “authority figure.”  Unfortunately, it is often that negative stereotype that we must overcome in order to be effective.  The only way to counteract this perception is by demonstrating, in every interaction, that we not only exude the principals of respectful professionalism, but also carry ourselves with the very dignity that we know everyone deserves. 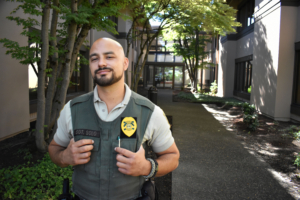 The Heart and Soul of our Profession

First Response management is committed to these principals as an employer.  We believe that every employee is more than an officer in a uniform, and we strive to demonstrate our admiration for the men and women who choose to come work for us every day.  We work daily to make this the best possible place to work, and we define that success based on our employees’ work satisfaction level.  This field of work is unpredictable by nature, and so many things are outside of our control. With that in mind, we have to make sure that where there’s an opportunity to impact the job, we do so in a way that acknowledges the heart and soul of this profession; that heart and soul is the good people who put on their uniform and go out to make the community a better place.

If you would like to learn more about First Response Security and what it’s like to be a part of our culture, check out our employment opportunities.

Born and raised in Portland, Dave Foglio has long been dedicated to providing superior customer care within the service industry. After running a successful janitorial business, Dave and his wife Charlene decided to start First Response Security in 1989, recognizing a need for professional security solutions in the Portland metropolitan area.

Now, more than 29 years since its doors first opened, we sat down with Dave to discuss the beginning of First Response, his dedication to giving back and where he sees the security industry going in the next 3-5 years.

What made you want to get into the security industry?

Dave Foglio: I was in another service business providing custodial services, and one of our clients asked if I had any interest in security. I looked into the security industry and found that it wasn’t as professional as I thought it would be. So through a series of events, I ended up selling the janitorial business and starting First Response, patterned after a company down in California called West Tech Security. They did all of Beverly Hills, they did Hollywood — all of the movie stars and everything — so it was a whole additional level of security with uniformed officers, professional cars and professional equipment. I decided that’s the image we wanted to portray.

What was it like when you first started off?

We started out as alarm response and patrol, and it was a real struggle, because we paid higher [wages] than what most of the other security companies were paying. We also had one professional car, and we started off as the first 24 hour service…with no clients. It was actually about three months before we got our first client. So it was a real challenge to get it started. Up until about ’91, we just did the alarm response and patrol. And then we could see that that wasn’t going to carry us through — the alarm response and patrol was growing too slowly. In 1992, we added on-site security, and that helped support the patrol division so we could continue to grow.

It seems like you are very dedicated to giving back. What does that look like for you?

Yes, I personally volunteer with a Christian organization called Samaritan’s Purse, where we go to disasters — usually floods or hurricanes — and help the homeowners there for a week. I’ve done seven of those and been to Texas three times, I’ve been to South Carolina, Georgia, Lousiana, California Colorado…I go wherever. We just help homeowners — helping clean their house up after a flood, cleaning trees or debris up if it’s been a hurricane or something.

And then we carry it over that we really want to be a part of the community here locally, so in the past we’ve been involved in several events where we volunteered at a charity or organization here in the Portland metropolitan area, where employees go and serve food or provide some time of help or services. We’ve done food collections, we did a sock drive where we collected over 250 pairs of socks for a specific charity.  We are constantly looking for ways that we can give back to the community. If we’re going to be working here and providing services here, we want to make sure that we’re also giving back.

As far as that being incorporated into the company, how did that come about?

It’s really been grassroots, internal from the employees. In fact, there were two or three things that the whole company did that… I didn’t even know we were doing it. Nobody invited me. I see this picture and I go “Oh, when did we do that?” and it’s like “Oh we did it last week, there were five or six of us  that went and we did this or that.” I like to see that, I like to see that from the inside out rather than from the top down.

What do you like to do outside of work?

I like to go to NASCAR races. I like to do two a year and then I watch them on TV. About the only hobby I have is bowling. I call it a hobby, because I carry my bowling ball in my car with me, but I haven’t bowled since September of last year. I don’t make a lot of time for it, but if there’s one thing that I enjoy doing, it’s bowling. I like to go up, roll the ball and just take a time out.

If there’s just one thing you wanted people to know about First Response, what would it be?

From the time that first call comes in, it’s always answered with a live voice. We always want someone to be available to take that call, and just stay focused on life safety. That’s what our job is and that’s what has made us successful.

What are you looking forward to most in the coming years for First Response?

Safety and security is changing, and we’re not standing still. We’re not just providing the same services — we’re constantly evaluating the type of services we’re providing and saying “Okay, what are the clients needs and are our services fulfilling those needs?” So I see us over the next 3-5 years changing, adapting, and possibly providing different services based on what the needs are of the community.